“Living tiny has always appealed to me,” says Kelsey Rasmuson of Arizona. Her and her partner, Ryan Dailey, decided to embark on the adventure together. They located a plot of land and decided to jump in! Their home is under construction and should be completed soon.

After the land purchase, the couple looked into prefabricated home plans from Green R Panels. With the plans in hand, they realized they’d need to make some modifications.

For one thing, they had to add electrical, mechanical, and HVAC plans. They also discovered that for resale purposes in their area, it was best to have two bedrooms and two bathrooms, so they added on to the plans and went from there.

Rasmuson says that with these additions, the building process is taking longer than expected, but that they’re looking forward to the end product. The couple is doing a lot of the work themselves, though they have opted to contract professionals for concrete, plumbing, and electrical work.

“If you’re thinking of building, just go for it!” Rasmuson says. “It wasn’t as scary a leap as taking on a bigger endeavor.”

Though their home could be considered on the larger side of the tiny home scale, the couple looks forward to minimizing their possessions and leaving a smaller carbon footprint in their new dwelling. 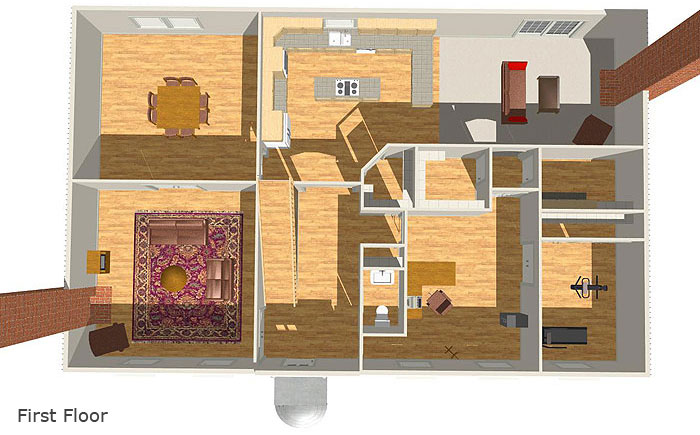